PARENT/CHILD CLASS AT LET’S GET COOKIN’: Chinese New Year – ‘The Year of the Dragon’ 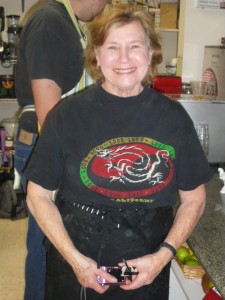 Saturday, January 14th was the day that my Parent/Child Class was held at Let’s Get Cookin’ in Westlake Village, CA.  Chinese New Year 2012 falls on January 23rd.  Our class was before that date so that the Parent/Child Teams could prepare what they learned in class at home for their families on or about Chinese New Year’s.  We had 9 Parent/Child Teams for a total of 19 people.  There were several grandmothers there with their grandchildren and one older teenager with his younger sister.  The teenager was taking his father’s place as his father had a cold and did not want to give it to anyone else.

We had about an equal number of boys and girls but except for the teen, all the parents were women.  Usually we have at least a couple of fathers with their children.

We started out with introductions, review of upcoming classes and explanation of the recipes we were using.  I showed the unique ingredients that were using including the Chinese Long Beans which can sometimes be difficult to find.  The best place to find them is at a large Asian Market. 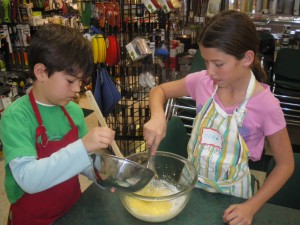 Cashew Nut Cookies are similar to Chinese Almond Cookies with the main difference being the nuts used.  Traditional Chinese Cookies are made with lard but we used butter.  There is a difference in the taste between the two.  This difference is somewhat difficult to explain, but if you had tasted each one you would see the difference. 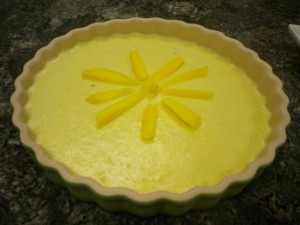 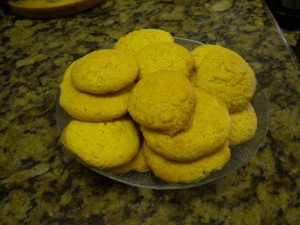 Another team started the Beef and Shanghai noodles.  The beef was combined with the ingredients for the marinade and then set aside for cooking.

Next came the Stir-Fried Vegetables and several teams worked on those since there were quite a number of vegetables which all needed to be washed, dried and then cut into various shapes before being cooked.  The Brother-Sister Team started on the Chicken Fried Rice. 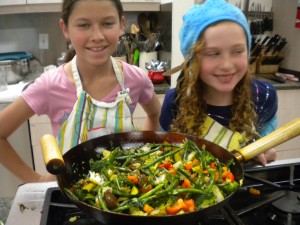 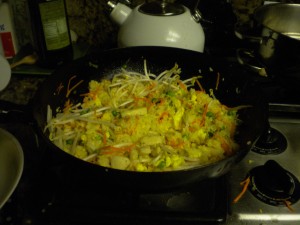 When cooking Chinese food, most of the intensive preparation is in the cutting of the food and the combining of the ingredients for the sauces.  After each group had finished their Mise en Place they took a break and wandered around the store looking at or purchasing merchandise.  Once everyone had finished their Mise en Place, we set the tables and proceeded to the cooking process. 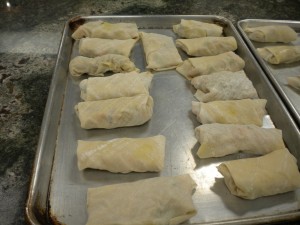 The Egg Rolls were fried and then served with a Plum Dipping Sauce.  After the Egg Rolls were served the main course was served.  Everyone enjoyed their Shanghai Beef and Noodles, Chicken Fried Rice and Stir-Fried Vegetables.  The vegetables were beautiful as we had many different kinds of vegetables with a variety of colors. 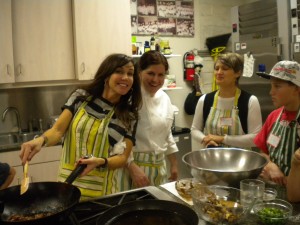 Cooking the Shanghai Beef with help from Tina

After the Main Course, Dessert in the form of the Mango Pudding and the Cashew Nut Cookies were served.  Hot Tea and Ice Water were offered as beverages.

Everyone had a good time, learned some new culinary techniques and took home a packet of recipes so that they could prepare the dishes at home.  Many of the Parent/Child Teams signed up for next month’s class which will be decorated Valentine Cakes, Cupcakes and Heart-shaped Chocolate Pops.