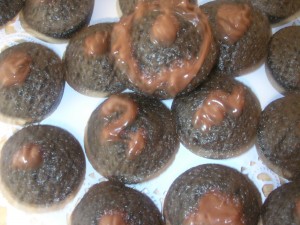 BROWNIES!  What are they?

Well, it depends on what you are looking at.  Brownies can be Jr. Girl Scouts or they can be a Baked Good, specifically Bar Cookies usually made from Chocolate, hence the name ‘Brownies.  There are many different kinds of Brownies but of course the ‘Fudgy’ ones are the most popular.  Even so, variety is the ‘Spice of Life’ and why not in Brownies.

How many varities are there?  As many as people want to dream up!  Here a few listed below and you may even find a recipe for one or two in the Recipe Section/Baked Goods/Cookies in this Blog!

Whichever Brownies you like, they are fast and easy to make.  Try one of the recipes above today, or tomorrow.