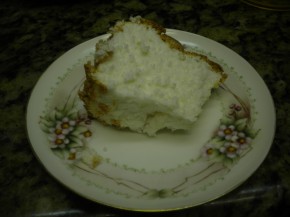 Have you ever made an Angel Food Cake from scratch?  It is not as difficult as you may think, but there are specific things that must be done and NOT done.

First of all assemble all your ingredients which will include Egg Whites, Cake Flour, Cream of Tartar, Sugar and Vanilla Extract.  Recipe is under the Recipe Section/Cakes – cakes-frostings/angel-food-cake/

Next make sure that you have a Tube Pan and make sure that it is clean and dry.  DO NOT GREASE THE PAN or the Batter will not cling to the sides and your cake will be a flop!

To make the cake do the following: 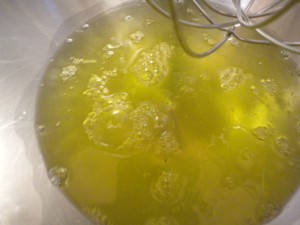 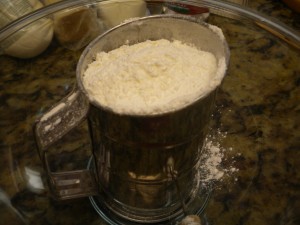 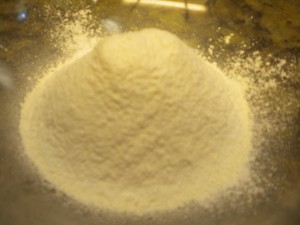 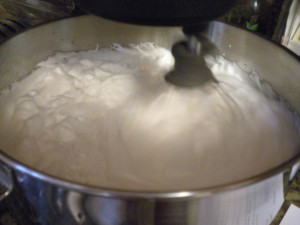 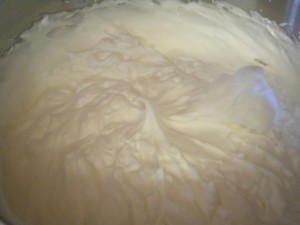 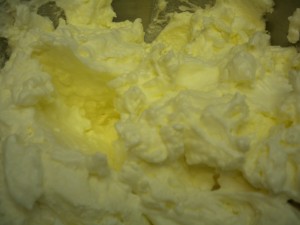 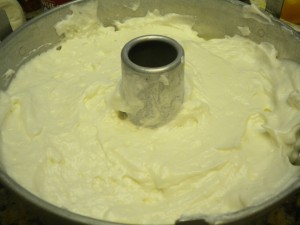 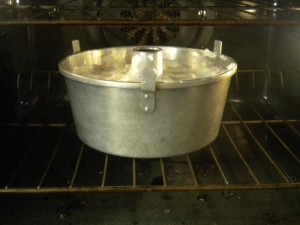 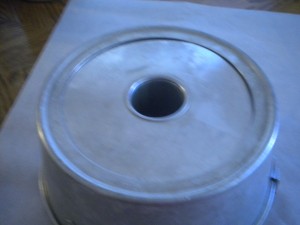 Upside Down while Cooling 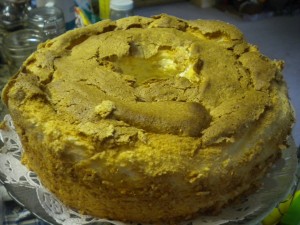