‘Hands-On’ Cooking Classes/Parties – menu selected by purchaser.  May be held at our facility or yours.  Usually spans about 2 ½ hours – four items will be prepped and cooked by participants.  After cooking, all participants sit down and enjoy a meal together.

Parties can be planned for children, teens and/or adults.

Menu Suggestions will be provided upon request.  We have a large selection of Menu Items ranging from Basic Everyday American Food to a full range of International Selections.

Instruction and menu background are part of the class format.  For further information, please send your request to [email protected]. 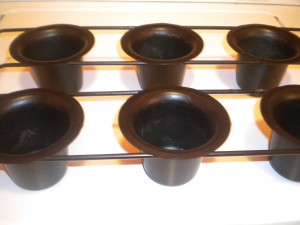 St. Patrick’s Day is right around the corner and all the stores are featuring green.  Most of the green which is being featured is of the unhealthy variety;  cupcakes, cookies, candies and more.  How about the healthy green which if prepared properly can be very tasty, delicious and good for you and good for your children.  Today, I am speaking about one significant green which may be hard for you to find in your local market, however there are substitutes which would be equal value.

The Green Vegetable that I am talking about now is Romanesco – an Heirloom Cauliflower Variety.  The neat thing about Romanesco, aside from being green,  is that it grows with pointed florets instead of round ones and consequently looks like a minature castle from which if you use your imagination, you would expect little green men (Leprechauns) to be dancing around.  For your family and children’s St. Patricks’ Day Dinner or Lunch, the Romanesco can be featured as a little green castle.  This would add intrigue and mystery to your meal and the kids would not only have fun but would probably, definitely want to eat it.

Romanesco can be cooked whole or like Cauliflower, it can be cut up into florets and steamed.  Top it with a Golden (or Green) Cheese Sauce or saute it with Basil and Garlic.  If Corned Beef is on your St. Patrick’s Day Menu, Romanesco would be a nice change from Cabbage.  Romanesco (Cauliflower) and Cabbage are both Cruciferous Vegetables and have similar tastes and are very good for you!

Want to add a sweet green to your meal?  Try Shamrock Pudding /shamrock-pudding/which is simple to make and delicious to eat.

St. Patrick’s Day – THE EATING OF THE GREEN

St. Patrick’s Day, that most Irish of Holidays is close at hand.  St. Patrick’s Day is usually symbolized with images of Leprechaun’s wearing green clothing and many of us will wear green on St. Patrick’s Day or put Shamrock’s in our Buttonholes.  Restaurants will feature Corned Beef and Cabbage and even green ale.  Our most well-known Fast Food Restaurant is already featuring Shamrock Shakes.

So with St. Patrick’s Day close at hand I am going to paraphrase that saying ‘The Wearing of the Green’ and turn it into the ‘Cooking and Eating of Greens’.  The most prevalent color in nature is green and if you think about it, there are probably more green vegetables than that of any other color.  So, for St. Pat’s Day let’s get healthy and eat our greens.

Let’s start with Salads and what you can put into them.  Lettuce of course is the most well-known salad green,  so let’s see how many Lettuces or Lettuce/like greens we can name and find in the market today: Arugula, Butter Lettuce, Boston Lettuce, Curly Lettuce, Endive,  Iceberg, (the least nutritious of all), Red Lettuce and Romaine which is probably the most popular lettuce today.  Spinach and Kale are also popular salad greens today.  One of our popular Salads is Caesar Salad which is easily paired with other ingredients to make a whole meal salad.  Caesar is simple to make (it is mainly all Romaine Lettuce).  The dressing is made from Garlic, Lemon Juice, Olive Oil and an Egg cooked for 45 seconds.  The Egg acts as an emulsifier binding the Olive Oil and Lemon Juice together.  Lastly anchovy or anchovy paste is added for that distinctive Caesar taste along with freshly grated Parmesan Cheese.  /caesar-salad/ 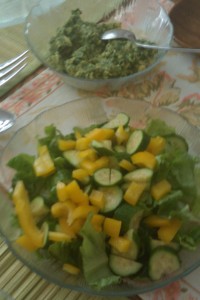 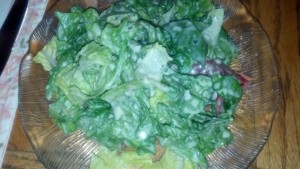 A recipe for Guacamole, the perfect green dressing for St. Pat’s can be found at  chunky-guacamole/

What other green vegetables can you put in salads?  Cucumbers which come in at least the following varieties:  English or Hot House, Japanese, Persian, Pickling and your usual normal market variety which you probably want to stay away from as the skins are waxed and need to be peeled before you can eat them.  English or Hot House are long Cucumbers about 2 inches in diameter and usually come wrapped in a clear plastic covering.  Japanese are long and skinny (about 1 inch in diameter).  Persian are short and skinny and Pickling are about 4 inches long and about 1 ½” in diameter.  Pickling used to be the sweetest cucumber available but now that Japanese and Persian varieties are available in the markets, they are no longer the only sweet ones.

Zucchini are green and are good raw if sliced thinly or shredded.  Cilantro, Parsley, and Cabbage are also good in salads as well as celery.  By the way, Celery is one vegetable that you can eat and end up with a minus calorie intake.  If you notice the way celery grows, it is all fiber which is not digestible but which is good for digestion. 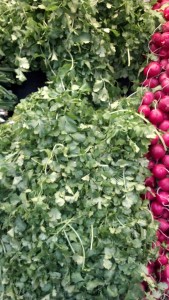 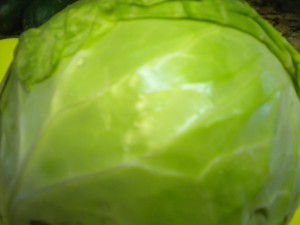 I will leave it to your imagination as to what else you can put in your salad and now we will go to cooked Vegetables, namely the Cruciferous ones.  These are very healthy and are also touted to be helpful in cancer prevention.  They certainly can’t hurt.  So what are the Cruciferous Vegetables and why are they called thus.  If you cut off the stem end or bottom of a cruciferous vegetable you will see the shape of a cross, hence the name.  Most of the cruciferous vegetables are green and fit right into our St. Patrick’s Day theme.  They are:  Broccoli, Brussel Sprouts, Cabbage, Cauliflower and Romanesco.  There are probably a few more that I have left out.  On the subject of Cauliflower, you will probably say that Cauliflower is white, not green.  However, there is a vegetable called Broccoli-Flower which is a cross between Broccoli and Cauliflower and is green.  There are also, purple and yellow Cauliflower.  Romanesco Cauliflower (which is an heirloom Cauliflower) is green and looks somewhat like Cauliflower but it is not rounded and has little spurts which look like castle turrets.  It almost looks like it should be a desert plant and not edible, but it is edible and is supposed to be quite delicious. 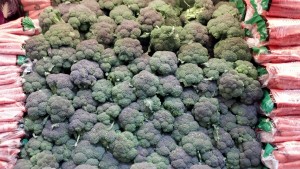 The next Green Vegetables are the leafy greens which can also be used in salads but are also easily cooked.  These are Collard Greens, Kale, Mustard Greens, Spinach and Swiss Chard.  Swiss Chard leaves are green and their stems are pale green but there are varieties which are either gold or rainbow.  The rainbow as the name suggests has multiple colored stems. 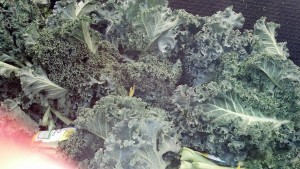 So as you can see, there are lots of greens available to cook and eat and as many as I have listed above, there are probably at least that many more available.  So, on Patrick’s Day go ahead and wear green but also Cook and Eat Green!