On Thursday we drove to South Lake Tahoe and had dinner at Taco Bell – another place on Monti and Quinn’s  list.  I think after this dinner, they have had their fill of Taco Bell  and don’t necessarily want to go back again.  In the morning we drove to the North Shore and took some photos then drove to San Francisco.  On the way we stopped at an Italian Restaurant near the Donner Pass and had Pizza and Salad.  There was a cute little train car made into a Jerky Store called ‘Jerky Junction’.    I purchased some smoked Bacon and  Salmon which we took home in our Thermal Bag.  The Smoked Salmon was really good but the Bacon was way too sweet for our tastes, however I am sure that many people will like it given the current Bacon Craze. 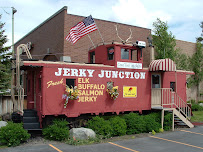 On our way we made a slight detour and visited the Jelly Belly Factory in Fairfield.  We managed to get there just as the last tour of the day was starting so that Monti, Kratae and Quinn were able to go on the tour.  David and I opted out as we had been on it several years before when we visited Napa to attend the Shakespeare Festival that my Granddaughter was performing in.   In addition to Jelly Beans they also make several varieties of fudge and Caramel Apples (my favorite).  These two items are made on the ground floor in a glass fronted kitchen so that the visitors can view them. 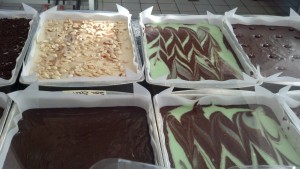 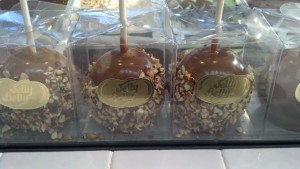 If you want a Jelly Belly Bargain, you can buy ‘Jelly Flops’.  These are Jelly Beans that didn’t make the grade and there seems to be a whole lot of them!  The last time we were there I bought two cases of the Earth Tone Jelly Flops and we used them at my Gingerbread House at Let’s Get Cookin’ that December.  They are just perfect for the decorations on Gingerbread Houses if you like the earthy look instead of the traditional look!

Kratae had never been to San Francisco so we took her to the most Iconic Place which was Fisherman’s Wharf.  After a stroll around the Wharf, we ended up for dinner at Pier 39 where I had the Garlic Roasted Crab (had that the year before when we there and really loved it!) and the rest of the gang had Shrimp and Crab Cocktails along with Soup and Salad.  We can’t forget the Bread served at Pier 39 – it is from the Boudin Bakery https://www.boudinbakery.com/at-the-wharf and is absolutely the best Sour Dough you will every eat.  That is one thing that I just can’t stop eating and there is no extra charge for it as unfortunately some restaurants are now doing.   After dinner David took a trip down the most curvy road in SF (I think that was Lombard St.) so that Kratae could have the full experience of San Francisco.  I was not particularly happy with that venture, but I wasn’t driving so had no choice in the matter. 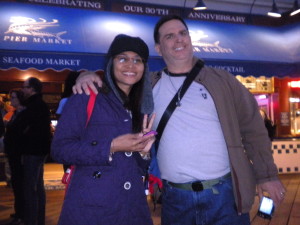 Next we drove to Pleasanton and spent the night.  Breakfast the next morning was at the Black Bear Diner where I we had Waffles, Eggs Benedict, Pancakes and Coffee and Juice.   The meal was quite generous and we all walked away pretty full. 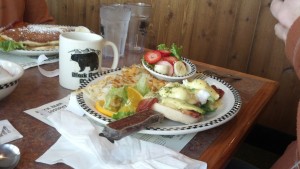 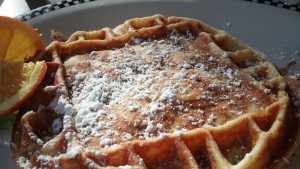 Next stop was Yosemite where David thought he had booked a ‘2 Bedroom Cabin’ which turned out to be one room with two double beds and a roll-a-way.  Needless to say, we were pretty crowded.  For dinner that night we went to the Hotel in Yosemite for ‘Happy Hour’.  We all had Pulled Pork Sandwiches and Salad.  David, Monti and Quinn munched on snacks that they had purchased at the General Store in the evening after we went to view the ‘Full Moon’ over Yosemite Valley. 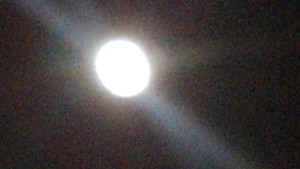 The next day after completing our tour of the Gear Store (not it’s name but what it sold) we drove to Lompoc (stopping at Starbuck’s on the way) to my son Joel’s house where my Daughter-In-Law Nereida made Chicken Enchiladas for dinner.  After viewing some of the slides that Joel had culled from his numerous cache, we finally got in the car to drive home.  We arrived home around 12:30 AM and needless to say, I was very happy to get there and sleep in my own bed again right next to my husband Ev.