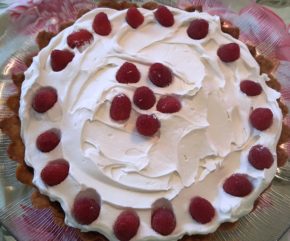 A Group of Culinary Friends and myself (sparked by a suggestion from Terrie Cooper and Eileen DelCore Bennet (who created the Sunday Baking Project Page) have formed a group,  the object of which is to try out new recipes.

This week, the first one,  the recipe was chosen by Terrie.  We all made a Chocolate Cream Pie from the book ‘Flour’ by Joann Chang.  We were supposed to make the recipe exactly as called for in the recipe but knowing this dessert was going to be dessert at a Luncheon I had for my Grandson and Wife and Nephew and Fiance, I didn’t want to take any chances in it failing and having to do it over or making something else.

The only deviation I did was to bake the Crust with Foil and Pie Weights for the first half of the baking period and it is a good thing I did because some of the other people in the Group had shrinkage of their crusts.  I also put Raspberries on top instead of shaved Chocolate because I didn’t have any Milk Chocolate and Dark Chocolate would have been too bitter.  Next week I will do the recipe exactly as called for.

The Pie Shell was a Pate Sucre and the filling was a Chocolate Cream (really Cream as it was made with Cream and Half and Half and Chocolate that had at least a 62% Cocoa content.  Mine was 67.  The filling was creamy and delicious and I am not a great fan of Chocolate Desserts.  The book is available at https://www.amazon.com/-Bostons-Bakery/dp/081186944X

The Group is called the’Sunday Baking Project’ but since we each make the product in our own kitchens we don’t necessarily have to make it on Sunday but we do post it on Sunday.

It is fun to do and we all end up with a great baked product and get input from each other as to what we like or don’t like about the recipe and ways to change it if we want.

The Procedure to make the Pie was as follows: 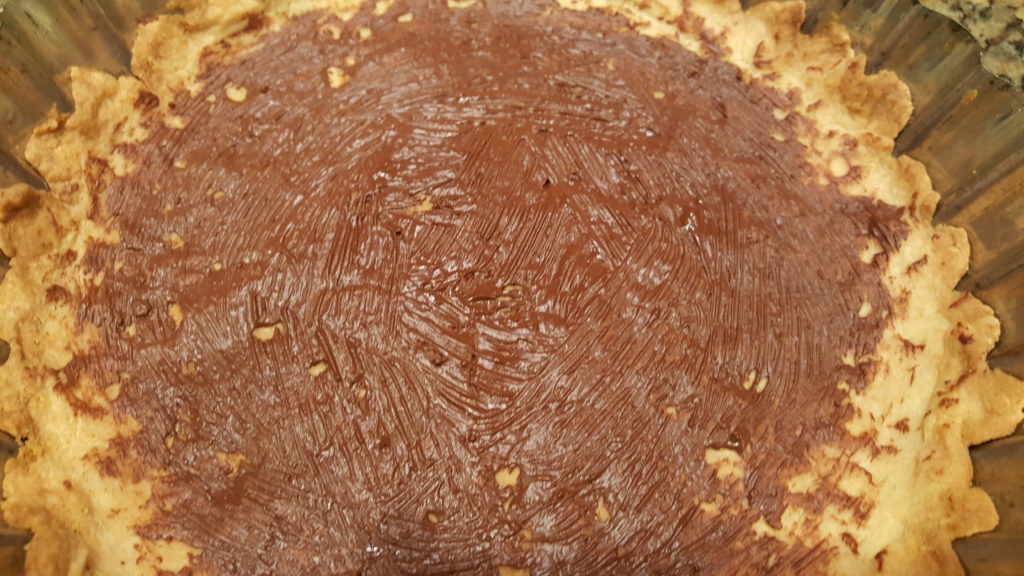 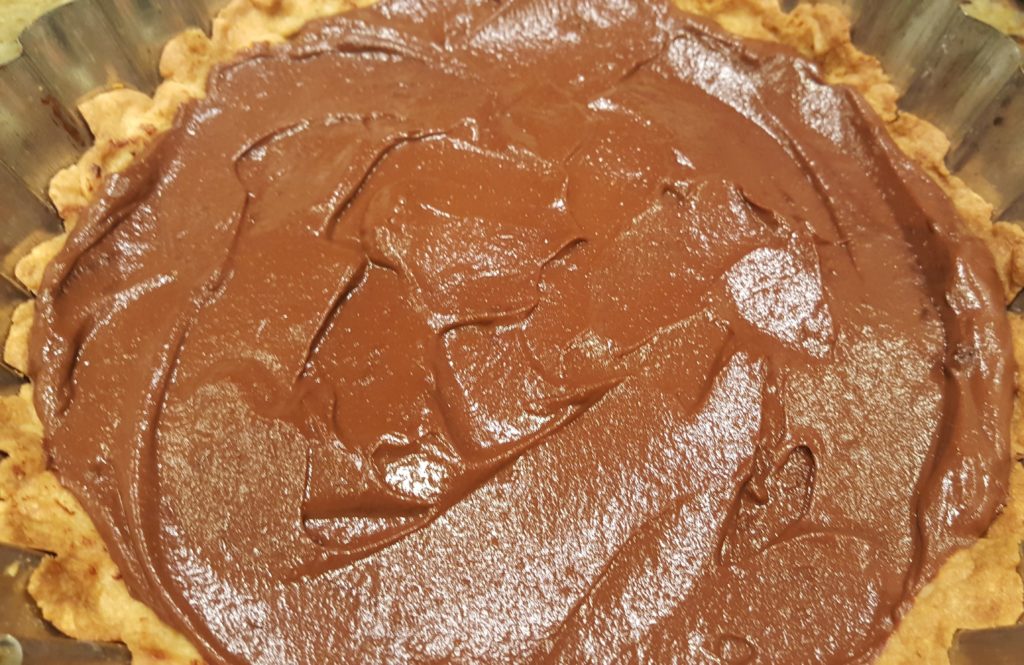