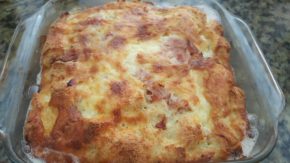 Ham and Cheese Brioche Pudding was the selection for Week 4.  It was decided upon as a nice contrast to the sweet selections from the previous weeks.  Unlike the previous 3 selections which we loved, this one will not go on my favorites list.  My Husband and I both love Bread Pudding, but as a sweet dish; it turns out that the savory version is not so palatable for us.  I am not a fan of Ham but my Husband likes it, and eats Ham and Cheese Sandwiches at least once a week, if not more often, so I decided to stick with the Ham and Cheese Version.  The Bread portion of the Pudding is Brioche.  I used Challah which is very similar to Brioche.  The Pudding itself was beautiful – it raised up and was a beautiful golden brown and had a great texture but would have been more to our liking if it had apples, raisins and some brown sugar in it.

I served the Brioche Pudding for Breakfast along with Maple Syrup and Watermelon on the side. 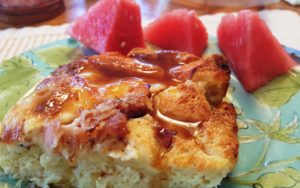 With Maple Syrup and Watermelon 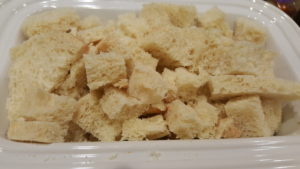 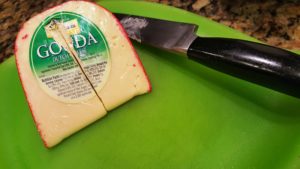 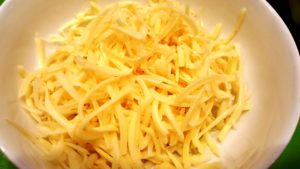 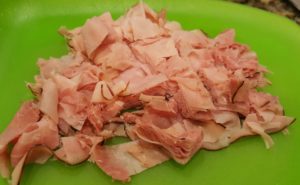 Combine the Eggs, Milk or Cream or Half and Half along with the seasonings which are Salt, Pepper, Cayenne and Nutmeg. 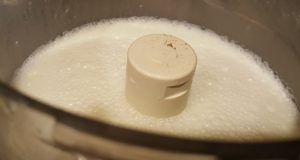 Pour the Custard mixture over the bread cubes and top with Julienned Ham and Shredded Cheese. 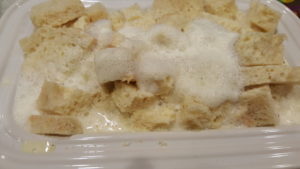 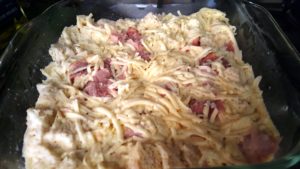 In the photos above you may see that the Bread and Custard Cubes are in a different dish than the product with the Ham and Cheese.  I mistakenly thought that the half recipe would fit in my ceramic loaf dish but not to be – had to transfer the mixture to my 8 x 8 glass baking dish.

Press everything down so that the bread absorbs the custard and the Ham and Cheese are incorporated into the whole.  Slivered Green Onions  (which I omitted) are sprinkled on top.

The complete recipe can be found at Cooking – New York Times

Normally Bread Pudding is assembled and then refrigerated overnight so that all the custard is absorbed into the bread.  This recipe did not call for that but since we were going to eat it for breakfast, I did do that.  I made it in a glass baking dish, so I had to let it warm up for about an hour before baking it.  The baking took 45 minutes, exactly what was called for in the recipe.  The Pudding should be served immediately or it can be baked and cooled and then cut up into squares as suggested in the recipe or you can just reheat any leftovers that you may have. 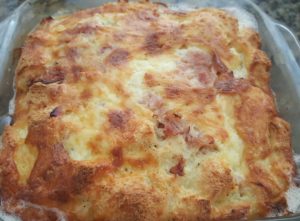 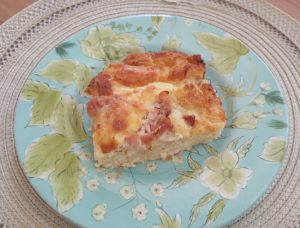 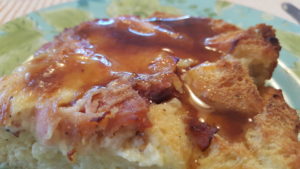 Even though I only made a half recipe we still had leftovers which I sent home with my Grandson who loves Ham.  I have yet to hear if he has eaten it and if he likes it.  Will notate that here when I find out.

I am sure that many people will like this version of Bread Pudding, especially if you are a fan of Quiche.  I do like Quiche but never make it with Ham.  I usually use Spinach or Mushrooms.  I am a Vegie Fan, but not a Vegetarian or Vegan.  I am thinking though of becoming a Pescatarian.  I do not get stuffed when I eat fish and/or vegetables like I do when I eat meat.

There are variations among the members of our group – some did use Spinach, another used Bacon, etc.  And a couple of the members made the Brioche Loaf from the recipe that was given.  I did make my bread but it was Challah and since I had it on hand decided to use that instead since it is very similar, both in ingredients used and the end result.

MEMBERS PHOTOS IN THE ORDER THEY WERE POSTED 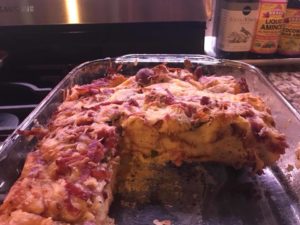 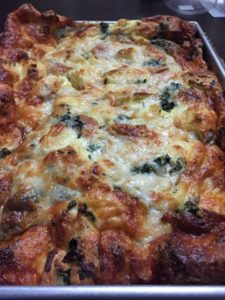 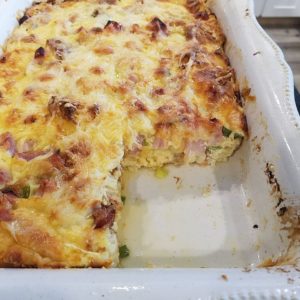 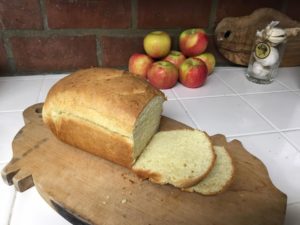 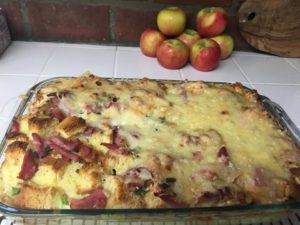 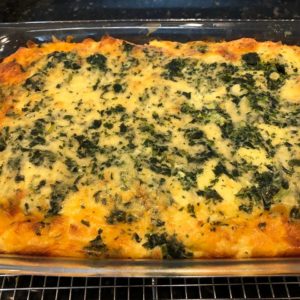 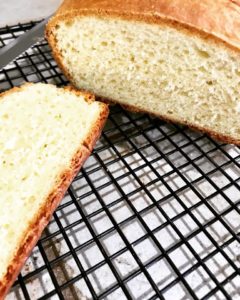 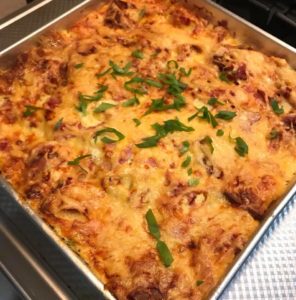 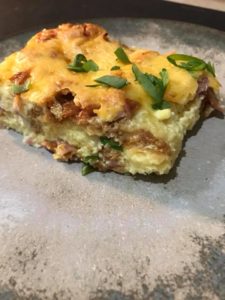