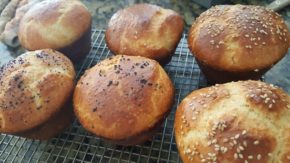 This Week the project was Brioche Buns as a follow-up to the Brioche Bread Pudding that was last week.  There was a Brioche Bread Recipe along with the Pudding and some of our members elected to make that bread for their pudding.  I did not – I used a partial loaf of Challah (Egg Bread) that I had made.  Egg Bread is very similar to Brioche but does not have quite the same amount of Eggs and Butter – but still is close enough.

This week’s recipe was from King Arthur and it was chosen so that the members could compare this recipe with last weeks recipe.  Both were rather simple – last week’s was made into a loaf and this week’s was made into buns.  The recipe was small – it used only 2 3/4 cups of Flour but a large amount of eggs and butter in relation to the flour.  This is typical of brioche recipes.  I for one love Egg Bread and Brioche – both of which make excellent French Toast.  Not wanting to go to all the work of making this Brioche and only having 6 buns out of it, I doubled the recipe and made the 6 buns and a loaf of bread.  I used part of the bread for French Toast for Breakfast one morning.

Some of us found this recipe very easy to work with and others had problems with it – I think some of this depended on the baker’s experience and maybe on the equipment used. 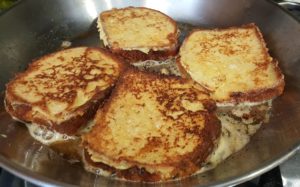 We used some of the buns for sandwiches and then just ate the rest with scrambled eggs one morning.

The Brioche Dough is very rich and is best made in a standing mixer with a paddle beater or dough hook. 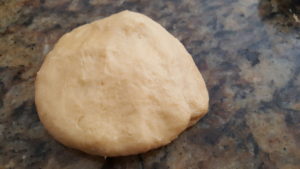 Once the Dough has been kneaded it is then put in a greased or floured bowl, covered and set in a warm place to rise.  (For a quick rise heat your oven to 200 – open the door and let it cool down for 5 or 10 minutes then place the bowl of dough inside the oven.  Keep watching it so that you will take it out when it has doubled in bulk)

Once the Dough has risen, divide it into 6 portions and then place them on a Baking Sheet or in large muffin or hamburger roll cups. 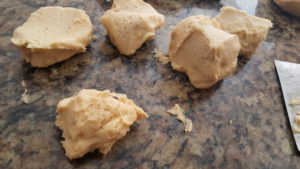 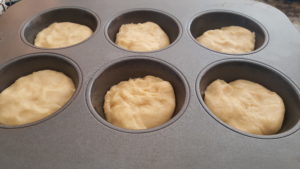 Let the rolls rise and then bake in center of oven

at 375 degrees until nicely browned. 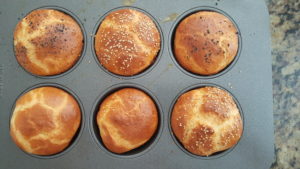 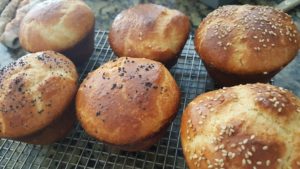 Since we are only two in our household at the present time we had more buns than we could eat for one meal so I made a little different version of the English ‘Eggs in the Window’.  Normally I don’t microwave eggs but couldn’t think of any other way to do this without overbaking the bread.  This is the Egg before it was microwaved.  It actually turned out very good and   the yolk was not over cooked so that some of it could seep into the bread.  I quite enjoyed it. 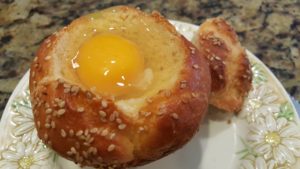 Shown below are some of the member’s photos. 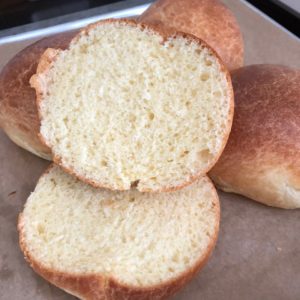 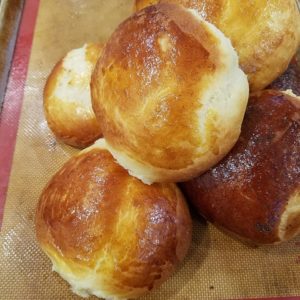 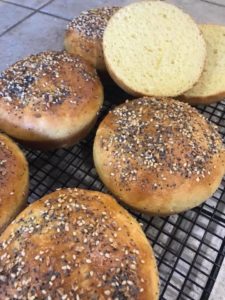