On Monday we had Tacos for Dinner.  There are just certain things that cannot be made in amounts small enough for two people, therefore there are leftovers.  Not wanting to throw out the leftovers, I decided to turn them into a new dish.  The items that were left over was the cooked Ground Beef Mixture that we used for the Tacos along with Salsa and diced Tomatoes.  In the freezer I had some Basil Pasta that I had made at a previous meal.

The Basil Pasta was homemade and even though it was a very small amount, it was so good (I make very thin pasta which we love) I just couldn’t throw it away.  In addition, I had another type of pasta in the freezer.  The second pasta was completely different from the Basil Pasta, but that didn’t matter.  In addition, there was some shredded Mozzarella Cheese and Corn Kernels.  I added some Enchilada Sauce (also in the freezer) to the Salsa and diced Tomatoes.

I thinly sliced some Green Onions (Scallions) and Olives.  These two items were used as a garnish on top of the finished dish.

So here is what I did to create the Mexican Lasagna. 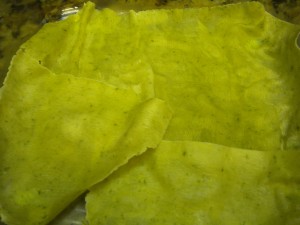 Basil Pasta at Bottom of Dish 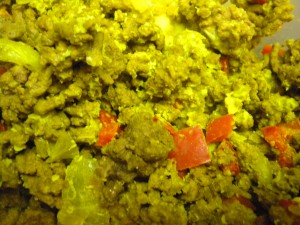 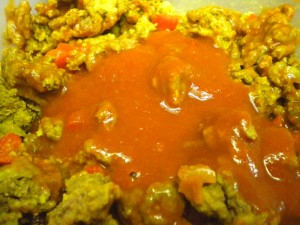 Sauce Added to the Cooked Meat 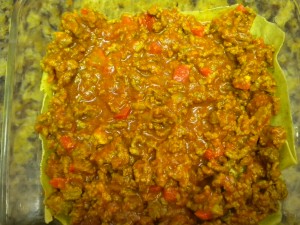 Sauced Meat Added to the Pasta 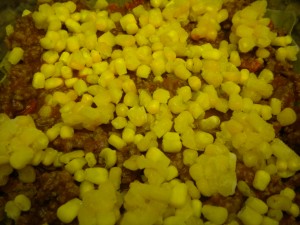 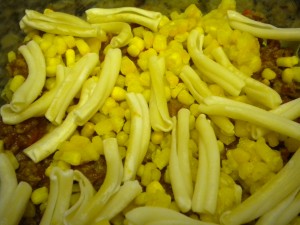 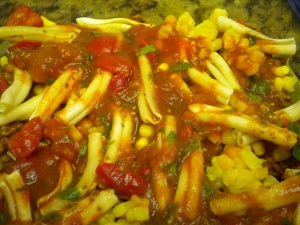 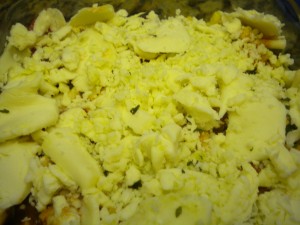 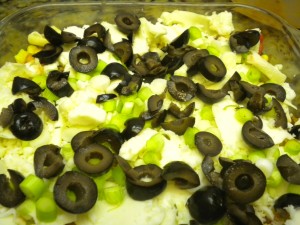 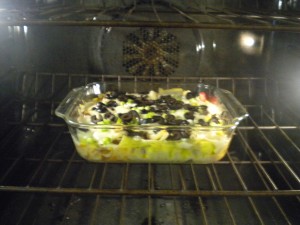 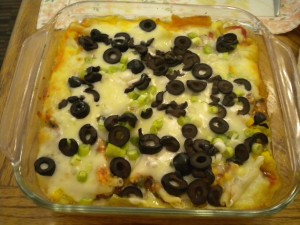