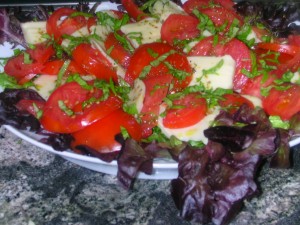 The students who made the Bisque had an interesting time removing the meat from the Crab.  Fortunately, the Crabs were purchased cooked, so we didn’t have to deal with live crabs. 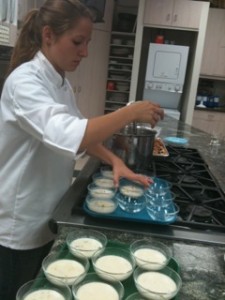 The Crab Bisque and Crab Sandwiches represented the state of Alaska.  Unfortunately, when we were in Alaska, the restaurants that we ate at had no King Crab available.  Evidently, most of it is shipped down to the lower 48.  We never seem to have trouble getting it here in California.

The Mushroom /Potato Soup and the Potato/Cheese Spoon Bread were representative of the state of Idaho which everyone knows is famous for their spuds.  Spoon Bread is more a casserole than bread and is served as a side dish and of course is dished out with a large spoon. 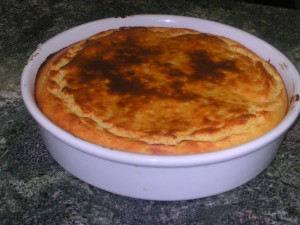 The salads were the Corn Relish and Cucumber/Sour Cream Salad.  Oregon was represented with the Oregon/Blueberry Rolls which are very similar to Cinnamon Rolls.  We also made Ginger Snaps and Rhubarb Cake, both of which were enjoyed by the students.  All the students went home with some of the baked goods as there was too much food to be eaten at one time. 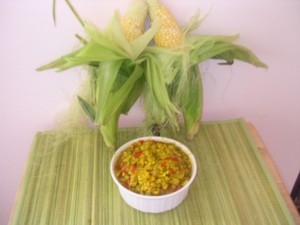 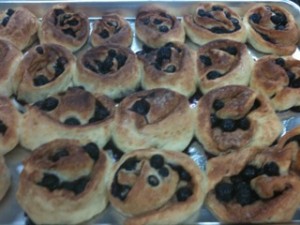 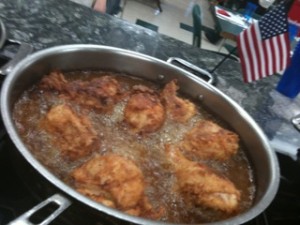 The last day of camp was Pacific Rim Food and this entailed the Pacific Rim States of California and Hawaii.  Unfortunately, we were short TA’s on Saturday and did not have time to take many pictures.  The Menu was California Rolls, Chicken Fajitas and Hot Artichoke Dip.  The Artichoke Dip represents the area of Monterey where Artichokes have been grown for a long time.  Noweadays, the growing fields near the coast in Oxnard also grow Artichokes, so Monterey is no longer alone in that area. 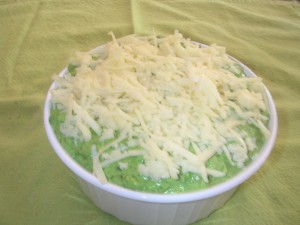 We also made a Hawiaan Grilled Shrimp Salad that was served with a Papaya/Mango Marmalade, Oahu style Potato Salad.  This Potato Salad contains bay shrimp, crab meat and corn.  We also made a corn pudding.  Needless to say, corn is grown in many areas in Southern California and Hawaii also grows some.  We made Strawberry Pie and Macadamia Nut Brownies for dessert.  For the beverage we made and served a Pineapple Punch.  Strawberries are grown year-round now in California.  They usually ripen in serial order from the San Diego area being the first crop on up to the Santa Maria area in Central Coast being later ones to ripen.  In the Oxnard, different types are grown and one type or the other is available year round. 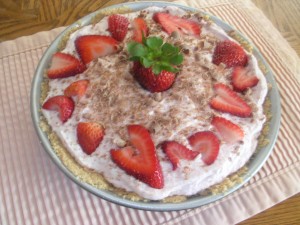 All in all the camps were a great success and the students thoroughly enjoyed themselves and learned some new techniques and we hope a few facts that they can use during the school year.