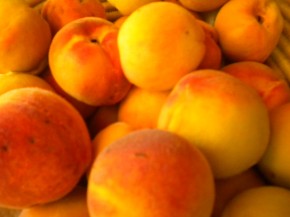 A week and a half ago, our peaches were too green to pick.  Now they are falling off the tree and it is all I can do to keep up with them.  Of course, the Squirrels and Birds are helping us do that, but they started even before the peaches were ripe enough for us to eat or to even cook with.  Fortunately, there is an ample amount for all of us.  Every morning I go out and pick the ripest peaches, (the ones that come off the tree easily) and then clean up the half-eaten ones on the ground.  Would love to leave them there for the animals, squirrels, birds and rabbits, but unfortunately, they also attract fruit flies, so unless we get them picked up, we have a fruit fly infestation and that is not good.

The peaches are very good this year, but one can only eat so many peaches at one time, so the secret is to use them for items that can be frozen or canned.  Tuesday, we gave a big bag to the cleaning people to take home and yesterday, I proceeded to use them to make peach jam, peach muffins and peach gelato.  On Sunday, I made a fresh peach pie that we had for breakfast on Monday and Tuesday and even had some left over for snacking.  It was a deep dish pie and used a lot of peaches.  The more the better.

To make the peach pie, the first thing you want to do is to make the crust.  You can use a basic pie crust  /pies-pastry/peach-pie/or a sweet tart crust. sweet-tart-and-pie-pastry/ It all depends on how you want to present your pie.  I used the basic crust and instead of using all butter which is what I usually use, I used half Crisco®.  Using Crisco® will give you a flakier crust whereas I think the all-butter crust tastes better.  It is 6 of one and half a dozen of the other.  Refrigerate the dough for the crust while you are preparing your pie filling.

The next step is to peel, pit and slice the peaches.  If the peaches are not totally ripe, it may be possible to remove the skin with a serrated peeler.  If that doesn’t work, then you need to boil a small pot of water and have a bowl of ice water handy.  Make a cross – wise slit in the top and bottom of the peaches and then lower one or two at a time into the boiling water.  (A slotted spoon or spider would be a handy tool to do this with so that you do not get burned by the hot water.)  Leave the peaches in the boiling water for a minute or two, (this will depend on the ripeness of the peaches) and then remove them and place them in the ice water.  When the peach is cool enough to handle, take a paring knife and starting at the top, peel off the skin.  It should come off easily.  If it doesn’t, then put it back in the boiling water for another minute or two. 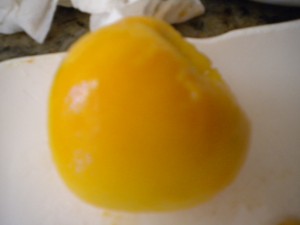 I have found that the following procedure works well:

Once all the peaches have been peeled, make a cut around the peach,   lengthwise, and using your thumbs, pull them apart.  Remove the pit from the half it remains in and then slice the peaches into the desired thickness.

Place the sliced peaches in a large bowl; mix a proportionate amount of thickener (usually cornstarch) together with sugar, (I use brown sugar), spices such as cinnamon, cloves and nutmeg.  Add the peaches and gently toss to coat all the peaches.  If your peaches are quite ripe, the sugar will extract a lot of liquid from the peaches.  Let them sit in the bowl until the moisture has been extracted, then place a colander over a saucepan and pour the peaches into the colander.  Place the saucepan with the peach liquid on the stove over medium heat and cook, stirring constantly until the sugar/liquid mixture has thickened.  Return the peaches in the colander back into the bowl and add the thickened mixture. 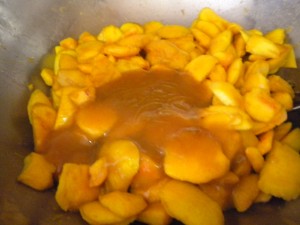 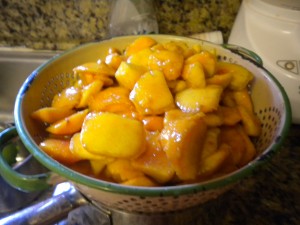 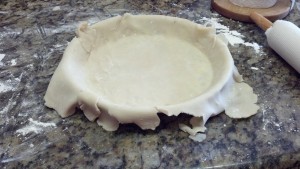 Toss gently and then pour into the pie pan. 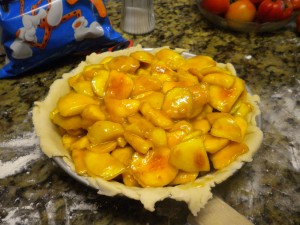 Add either a lattice top crust or a full top crust and then bake according to your recipes instructions. 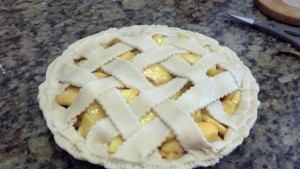 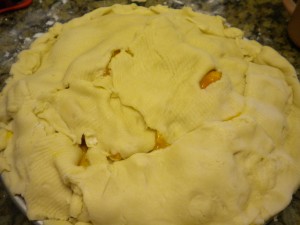 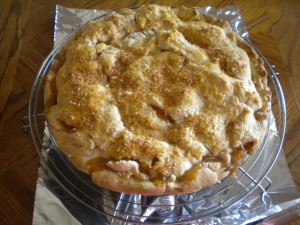 To make the Peach Jam, the first thing I did was to wash and sterilize the jars.  Boil them in water for 5 minutes or run through the dishwasher.  Place your lids and seals in a small saucepan and boil for 3 minutes.

I peeled the peaches (see above) and then removed the pits and placed the fruit in the food processor fitted with the chopping blade.  I chopped the peaches, measured them and put them in the jam pot.  A large 6-8 quart saucepan will do.  I then measured the sugar and lemon juice and combined it all with the chopped peaches.  I used commercial pectin for this jam.  Just follow the directions on the package of pectin.  If you do not want to use pectin, you use equal parts fruit and sugar and about ¼ cup lemon juice.  You do have to know how to test the cooked fruit to see if it has reached the proper temperature for setting. It is easier just to use the pectin, especially if your fruit is very ripe. 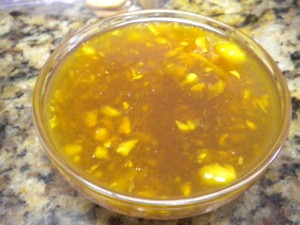 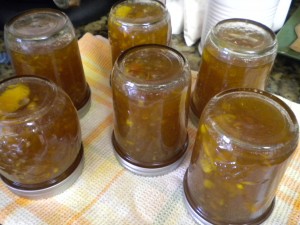 Once the jam is made, ladle it into the sterilized jars, seal and then turn upside down.  To be sure that no bacteria is alive inside the jars, process them for 5 minutes in a boiling water bath.  The water must be at least one inch over the tops of the jars.  Remove, turn upside down on a clean dish towel and allow to sit until cool and the jam is set.

While preparing the fruit for the jam, I prepared twice as much as I needed which gave me four more cups of chopped fruit to work with.  I made Peach Muffins with half and Peach Ice Cream with the other half.  Lots of peaches, but really good.  If you can’t use all the muffins (or make it in a loaf pan) at once, freeze some for a later use.   /fruit-muffins/ 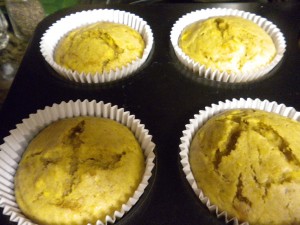 The remainder of the chopped peaches was used for Peach Ice Cream.  /fresh-peach-ice-cream/ 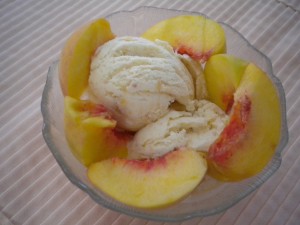